Beacon Award
Celine Wilcock, for being a shining example of positivity during her battle with cancer (and beyond). She ran through treatment despite feeling rubbish much of the time, all the while smiling and encouraging others through adversity. She’s an inspirational role model and an overall legend.

Off-Road Championship – not awarded due to lack of qualifying races

Cross Country – not awarded due to lack of qualifying races 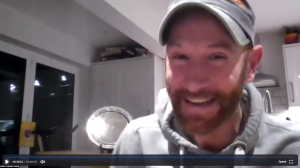